Why LearnDash Cloud is a pretty big deal 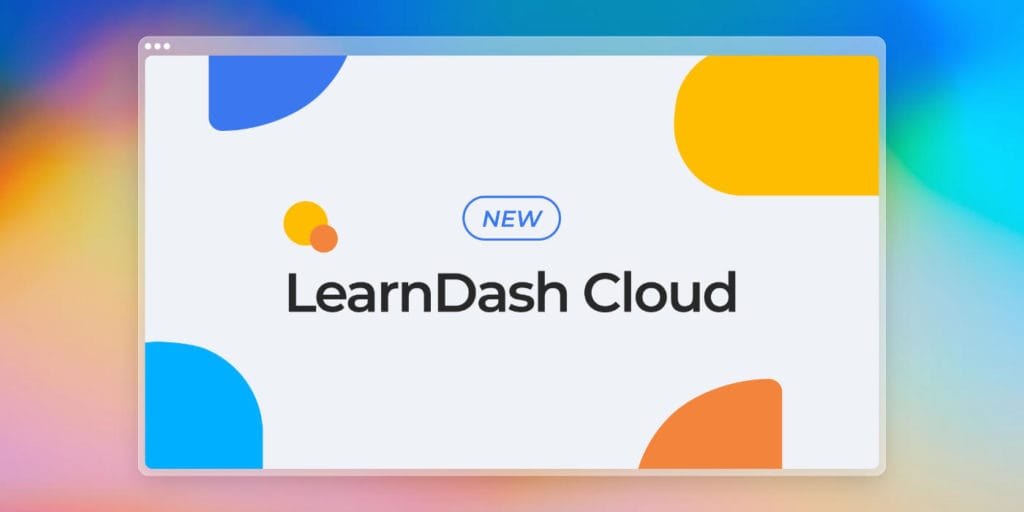 It's a fully hosted WordPress website that comes with LearnDash and a couple of other plugins pre-installed.

Following in the footsteps of Elementor Cloud, we're starting to see a trend emerge where popular plugins are releasing fully managed cloud solutions.

On the surface, the concept is boring.

They're basically just offering WordPress hosting and then installing their plugin with automatic updates on top.

I actually do think there is room for these types of cloud offerings though.

It opens up a whole new client-base.

Traditionally, LearnDash has been a product for freelancers and web agencies.

Clients come to you to build a website, and as the web designer, you use LearnDash to enable course functionality on the website.

However, there's a whole market of do-it-yourselfers who just want to offer their courses as quickly and easily as possible.

On those platforms you just upload your videos and go.

Now even your father-in-law can go directly to LearnDash and upload his comedy course on day 1 (once he figures out how to turn on his webcam).

That's a new client and recurring subscription for LearnDash that simply wasn't possible before.

But can LearnDash Cloud actually compete with the Teachables of the world?

That's yet to be determined.

After all, LearnDash Cloud is still using WordPress, and the UX isn't nearly as streamlined as some of the existing dedicated platforms.

I can get on-board with the idea of course creators using LearnDash Cloud as a launchpad though.

Will it be as simple as Teachable to use? No. But you've maintained all the flexibility that an open-source platform like WordPress offers, all while eliminating the initial setup barriers.

Creators can start with Cloud, and migrate to a more sophisticated infrastructure later if they need it.

After WordPress' market share recently declined for the first time in its history, this might just be the way to bring more users to the platform.

Last week I had a great chat with James Giroux from StellarWP (who funny enough I learned used to live 20 min away from me).

He wrote a far more eloquent write-up of the "why" behind LearnDash Cloud here.