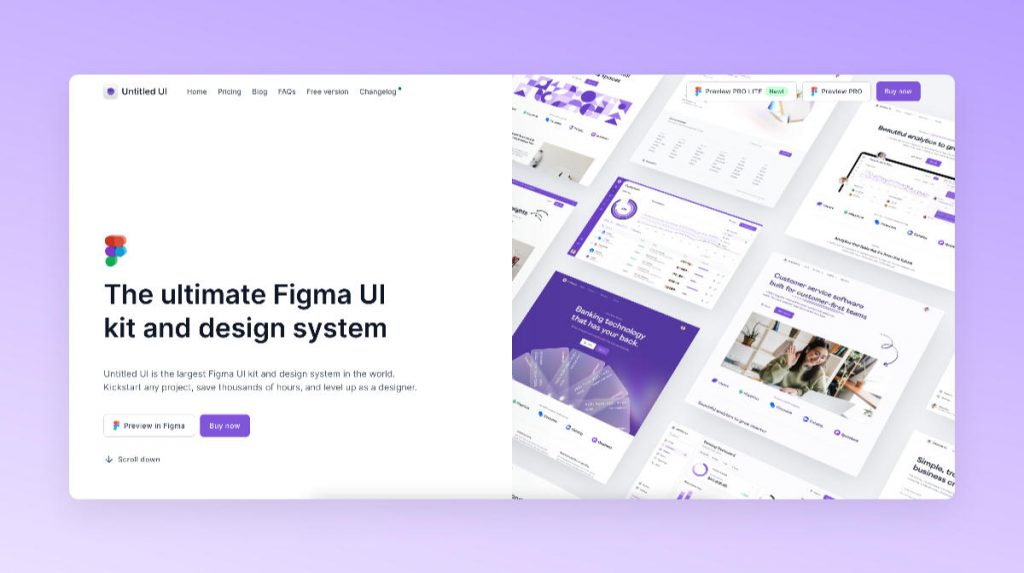 A couple of months ago I wrote a review on a massive UI kit called Untitled UI.

I'm not exaggerating when I say it's massive. It has 10k components & variants, and is by far the biggest Figma file I've ever seen.

My new spec'd out MacBook handled it pretty well, but my old laptop did not.

I had to go in and start deleting the stuff I didn't need to make it a bit more usable.

This week they released a LITE version that's 50-70% lighter, which makes it a lot more accessible for most people.

So, what is Untitled UI PRO LITE?

It's 50% lighter, faster, and is designed to include everything you need and nothing you don't. It's perfect for moving fast and for smaller projects! You can preview PRO LITE at untitledui.com.

Even better, if you move the example pages to a separate file, PRO LITE is 70% lighter than the full kit!

We hope that it will come in handy next time you have a smaller project or a tight timeframe. Plus, we want to say thanks to everyone who has bought Untitled UI so far by including it for free with this update.

Why did we create Untitled UI PRO LITE?

We're always looking for ways to improve Untitled UI. We spent weeks creating a lightweight little brother to the full PRO version so you now have two options: start with the complete PRO version or ship faster with the PRO LITE version.

Even though it's ~50% smaller than the full PRO version, the new PRO LITE kit is an incredibly robust and powerful UI kit in its own right. It's still more advanced and better value than anything else we've seen.

At first glance I didn't really notice much missing compared to the full version, so it looks like they did a good job of keeping the essentials while cutting the file size in half.

I'm actually currently in the process of setting it up as my NewPulse Labs design system. It's so thorough and well-documented that even just using it has taught me a lot about how to use Figma like a 'real designer.'

You can check out my full review on it here.